So I’m about to do the impossible and write another post the day after my last.

I’ve done a lot of thinking lately, and with my own little trauma of losing my hair going on the impact of the question I asked myself has been skin deep.

Who are we to judge a book by its cover?

This quote, saying, what ever it is, has and probably will, continue to pop up all over the show but only in past few months have I truely understood what it actually means.

I walk round town, round the shopping centre and go to mum groups. I attend the hospital and doctors. I do all the usual stuff like everyone else. It’s only in the last few months have I understand what it really does mean to be judged.

I now walk round wearing a headscarf to cover my (almost) bald head and I see eyes following me. I see eyes that aren’t sure what to think, eyes that smirk and sometimes eyes that show sympathy.

We all judge on appearance. It’s impossible to say we don’t.

If you ordered a lunch in a restaurant and it came out looking like dog food you’d hand it back. You wouldn’t first have a taste, you wouldn’t try it and learn the story about where it came from. You wouldnt look deeper and find the amazing colours it had hidden.

You’d hand it back because it didn’t look right. I’m not lying, I would do the same.

Unless we ask, we don’t learn.

Id rather a person ask my story than assume it.

Alopecia my not necessarily impact physical health, but it definitely does mentally. I’d rather explain to someone about my hair than have to listen to whispers and people making assumptions. I’d rather raise awareness and let people know.

This is the same for all people. For everyone in life.

Nobody other than you really knows your story.

There are people walking round all the time with hidden, invisible illnesses. There’s people with things like diabetes, COPD, stomas bags, chronic illness etc, those with mental illnesses. Others can not physically see the pain or the hurt these people suffering feel daily. They can’t see the needles or the medication. They don’t see the repeated hospital appointment and meetings or the help they need to receive when things all get too much.

Passers by on the street don’t know what each other have been through the night before. Some people may have been though unimaginable trauma, seen things they didn’t want to. Others may have seen the most magical thing ever.

Someone at work maybe a little quiet one day, they might be a little short tempered. It’s not kind to always assume they’re just being a ‘bitch’ we don’t know what happened to them or how they’re feeling.

Sometimes it’s kinder to ask. If people want you to know they’ll tell you. If they don’t, offer an ear if they need it then walk away. Don’t whisper, don’t judge, don’t stare.

This may all sound a little repetitive and yeah, it probably is.

We all need to learn that apperence isn’t always what matters and all that is gold doesn’t always glitter. Appearence definitely doesn’t tell the persons story.

So next time you whisper about a person you’ve just seen, whether it’s because they’ve just gone into the disabled toilets when they’re walking fine or because they’re wearing something rather than hair on there head, stop and think about how you’d feel. 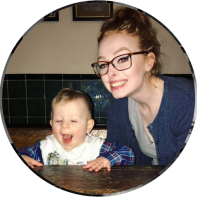